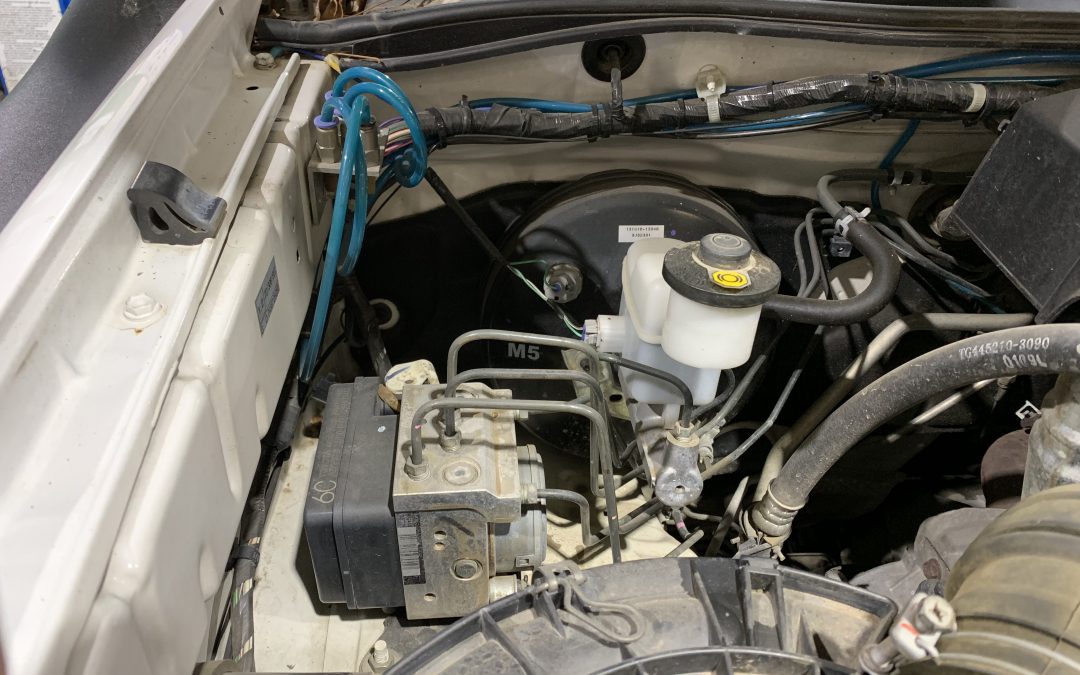 When a new customer contacted me to look at an ongoing anti-lock braking system (ABS) issue with their 2009 KUN26R Toyota HiLux, after being recommended by a Melbourne workshop, I was up for the challenge.

After talking with the owner and getting as much of the history as possible, it was time to have a look over the vehicle.

The vehicle had an ongoing issue with the ABS. Various things had been replaced over the past few years for different issues that had occurred, including the rear speed sensors and rear wiring loom, which had been replaced a short time ago.

When the vehicle arrived, I asked the owner if the ABS light was on and the answer was no. However, while the ABS light was not on the ABS definitely wasn’t right, activating even under light brake applications.

First up came a general check. The ABS light came on during ignition and went out on start-up, as it should. A full system scan showed no fault codes on the ABS module. There were a few random fault codes in other modules but, in my opinion, none that would affect the ABS.

Before taking the vehicle for a road test, I ran the vehicle over our SafeTstop test lane to see what the braking system was doing. When the report was printed out (test one) it showed everything in the green, which means a general pass. However, on closer inspection the front-to-rear brake imbalance was not what I like to see. There was just 12 per cent brake force on the rear and 88 per cent on the front – interesting. It’s worth noting the handbrake was also tested and felt very poor, with a deceleration peak of only 16 per cent (minimum allowed 12 per cent) and deceleration average of 15 per cent (minimum allowed 10 per cent, see test one). 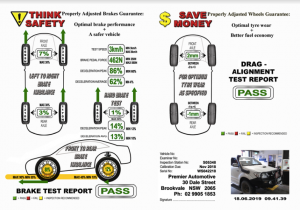 Next came the road test. Luckily it was a wet day, so the roads were a little slippery. After a couple of hard-braking events it was obvious the front brakes were doing all the work and there was little or no braking force on the rear, just as the SafeTstop report indicated. I also had my scan tool connected and was watching live data – interestingly, when the ABS activated it was only the front wheels that were locking up and being activated by the ABS module. There was no activation of the rear brake solenoids.

Back to the workshop and onto the hoist (pic 1), where an inspection of the rear mechanical proportional valve showed the mechanism intact and connected. I decided to unbolt the lever connecting the valve to the rear differential and cable tie it up as if the vehicle had a full load and therefore maximum rear brake operation. Back onto the SafeTstop and the results speak for themselves (test two) – we now have 32 per cent brake force on the rear and 68 per cent on the front. Much better. 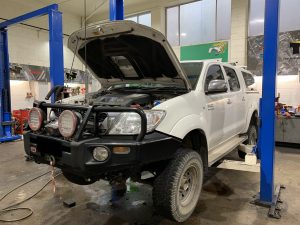 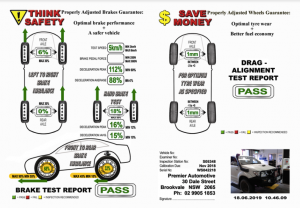 It was time for another road test and we now had all four wheels braking. When the brakes were applied fast and hard, all four wheels locked up and the ABS released as required. Live data also confirmed all four wheels were being controlled by the ABS. To be honest, the vehicle felt totally different and much safer.

Back to the shop for a good look at the rear brakes. The rear shoes and cylinders all looked OK, with no leaks and plenty of wear left on the shoes. Everything was given a good clean and adjustment, with more than 24 clicks required to adjust up the rear brakes (pic 3). Inspected and tested the brake fluid. All was OK. 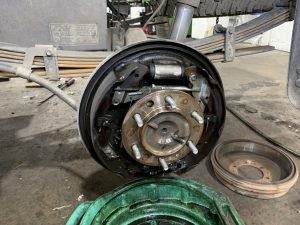 Next came a good bleed to check the brake fluid for quality and the presence of any air. The brake fluid to the rear cylinders and proportional valve wasn’t the greatest. A full rear bleed was performed and the pedal and handbrake felt much better. Reconnected the proportional-valve lever to the rear diff before another check on the SafeTstop (test three). Note the front brakes are now at 77 per cent and the rears at 23 per cent. I believe the vehicle was running at approximately 50 per cent load owing to a heavy tool box and other items in the rear compartment. 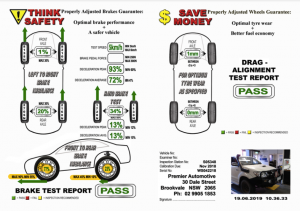 Now a final road test and the ABS was activating equally on all four wheels. Watching the live data, you could clearly see the ABS activating all wheels at roughly the same time. The vehicle felt a lot safer now because the front brakes and ABS weren’t trying to do all the work.

The repairs performed to this vehicle were a direct result of testing on the SafeTstop test lane. Without the results to guide us, I’m not sure where we might have ended up.

Most importantly, because each report has both the time and date on the photo, we could not only prove to the owner what the vehicle was doing when it arrived but its improved performance following the repairs. In my opinion, being able to validate your repairs is a vital component of any diagnostic job.

For any further information about this article or to speak to our team, please get in touch with us today.